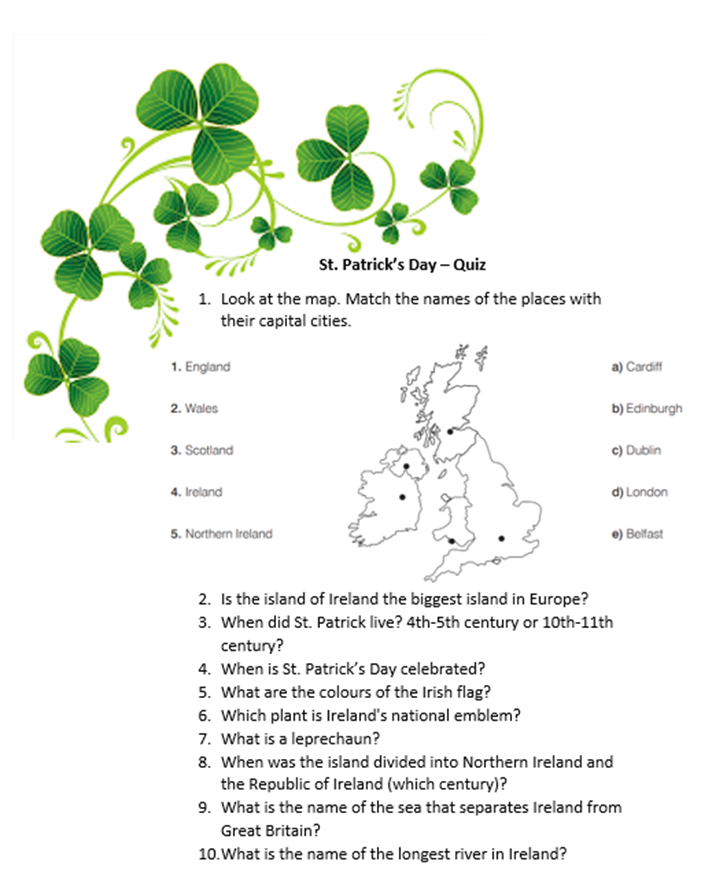 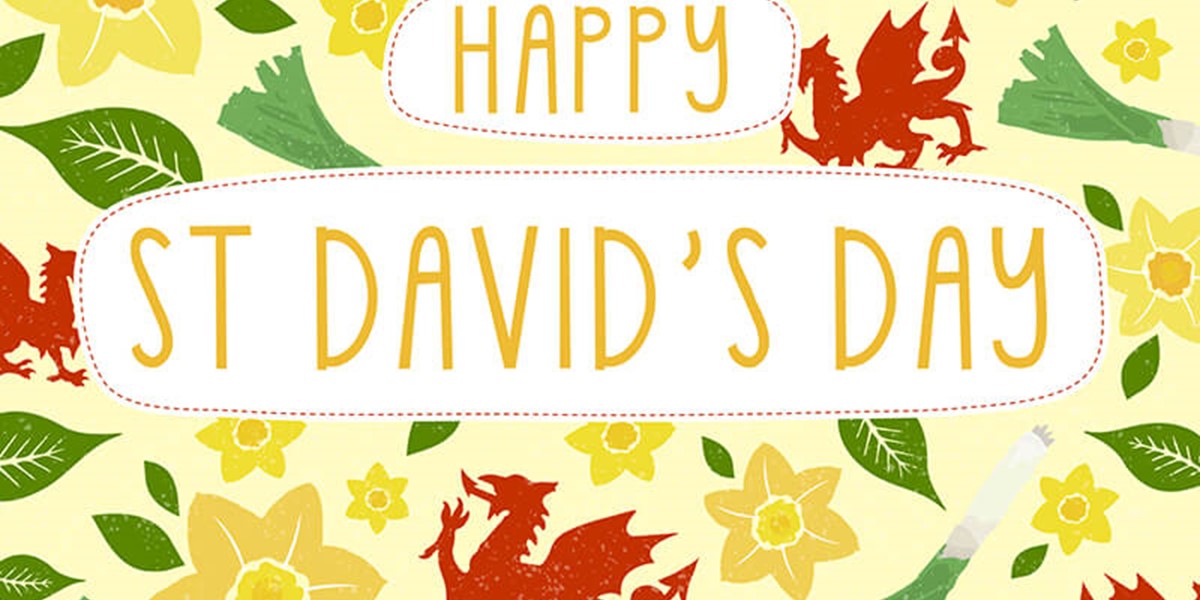 1st of March is one of the most colourful days of the year in Wales. You will find bright yellow daffodils, green leeks and traditional Welsh costumes.

The national day of Wales, St David’s Day is celebrated on the 1st of March.

This day is a great way to learn about Welsh culture.

Welsh culture is not well-known, so find out what it means to be Welsh! 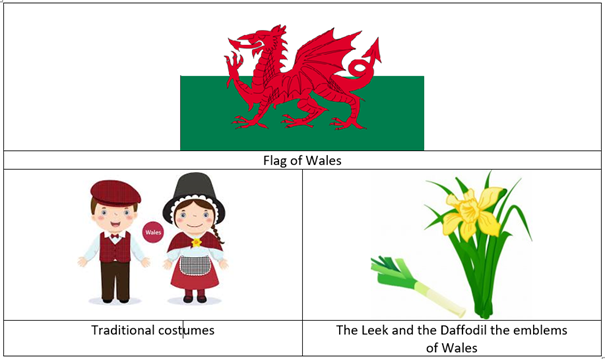 St David’s Day is a day to explore Welsh food, music, and traditions.

‚Do the little things in life’ is considered St David’s most famous phrase and was one of the last words he spoke before dying. It is still a well-known phrase in Wales.

Usually, St David’s Day is a day of parades and performances. Flags are flown. The national anthem is sung with extra fervour. Children go to school in traditional Welsh dress, and everyone (well, almost) proudly pins a daffodil or leek to their lapel. To mark the special day, Welsh people eat traditional Welsh cakes, lamb, mutton and leek dishes.

Due to the lockdown, St David’s Day might look a bit different.

From Wales to the world:

Language learning brings benefits to young and old – you are never too old to learn a language and to enjoy the opportunities it opens up. Even if you only know a few words of the language of the country that you visit (for example on holiday), this enables you to make new friends and contacts.

Learning other peoples’ languages is a way of helping us to understand each other better and overcome our cultural differences.

Many successful people speak various languages. Not only does it help in their job, but it also opens the door to understanding different cultures and enjoying other countries much deeper.

And if that was not enough yet: studies have been showing that speaking several languages is one of the best exercises your brain can get. 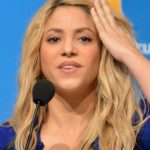 olombian singer, Shakira is a native Spanish speaker who is fluent in English and Portuguese, as well as some Italian, French, Catalan and Arabic. It has been known that Shakira is interested in world history and frequently studies the history and languages of the countries she visits.

Besides being one of the best Tennis players in the world, Novak Djokovic is a passionate linguist. The intelligent Serb revealed he is skilled in seven different languages: Serbian (his mother tongue), English, German, Itali 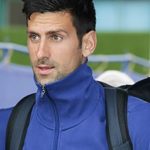 an, French, Arabic, and Russian. He is also keen to learn many more. He hopes to extend his knowledge of Chinese characters from a couple to 1000 or even 2000. He goes on to explain that beauty lies in the endless learning process, seeing each misunderstanding as an opportunity to learn more. “We have a saying in our country: The more languages you know, the more is your worth as a person.” — Novak Djokovic. 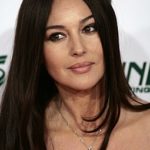 The Italian actress, Monica Bellucci speaks a variety of languages. She is fluent in English, French and Spanish, and knows some Serbian and Farsi as well. Since she has played in all these languages, it can be said that Monica is a real multilingual star. About her talent, for languages, she says: “I have a good ear, that’s for sure.”

Despite the fact that most of the members of royal families speak at least two foreign languages, no one can beat Queen Silvia of Sweden, who can hold speeches in six languages and is nearly fluent in Swedish sign language. 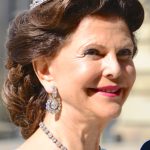 Born to a German father and Brasilian mother, her Majesty already spoke three languages, besides her native German and Portuguese, when she moved to Sweden. At the age of 32 she god married to the King and learned Swedish.

One of the most stunning bilingual celebrities around, Natalie Portman is 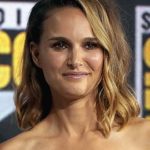 actually a multilingual star who has several languages under her belt. The Oscar-winning actress is fluent in Japanese, German and Spanish, also gets away with a light sprinkling of French, even though it’s not fluent, and sometimes gives interviews in her native language Hebrew.

Can you think of any other celebrities or famous people who you think should be on this list?

St. Patrick’ s Day is one of the world’s greatest national holidays.  But in this year a number of Ireland’s St. Patrick’s Day parades have been cancelled over fears the mass gatherings would contribute to the spread of the coronavirus outbreak.
The St. Patrick’s Day festival in Ireland takes place annually from March 13-17.

One of the biggest parades, in Dublin, was due to happen this week. The city cancelled the celebration over coronavirus fears.

Although our students are at home now some of them have remembered about this special day. 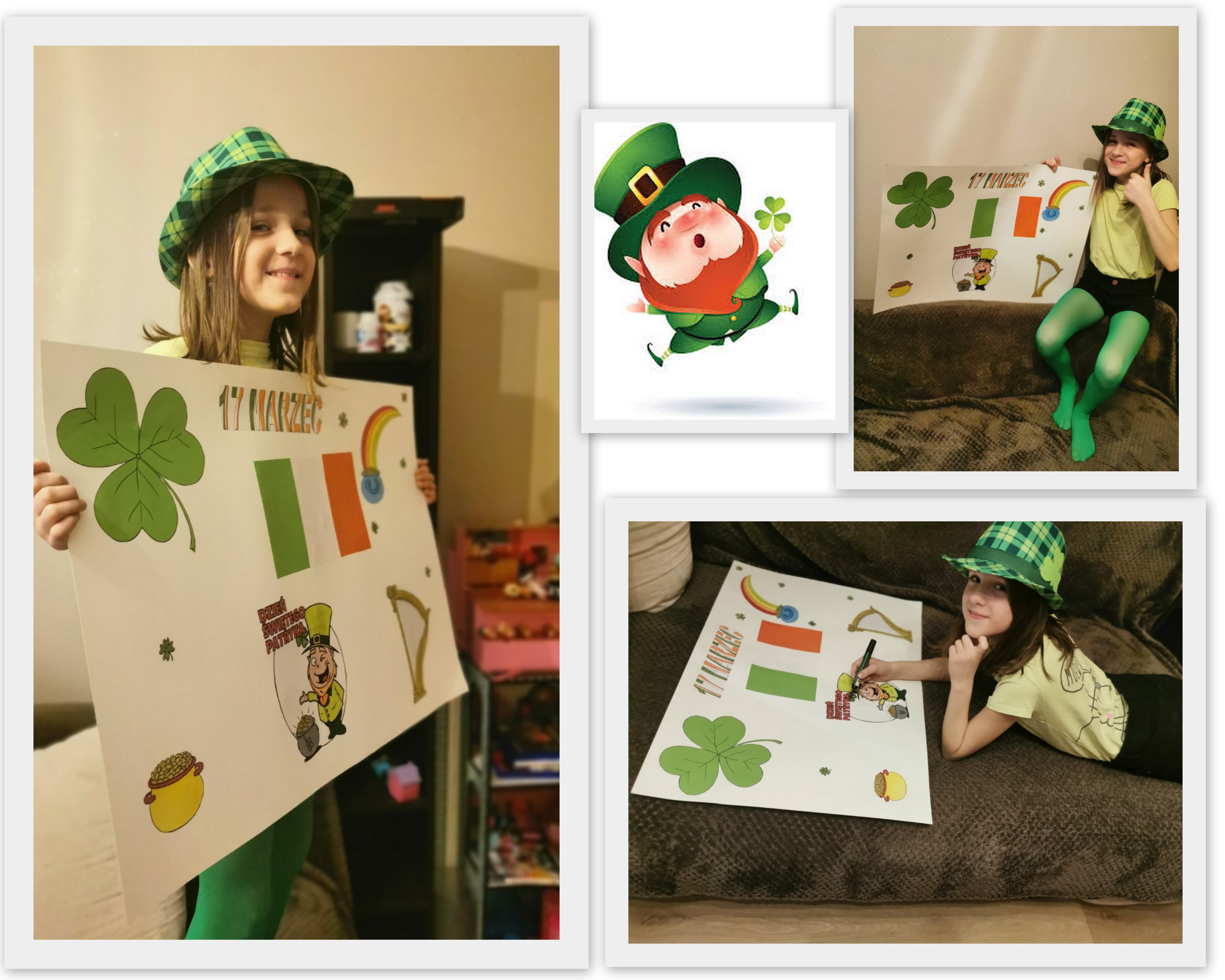 ‚Andrzejki’ took place in our school on 29th November. 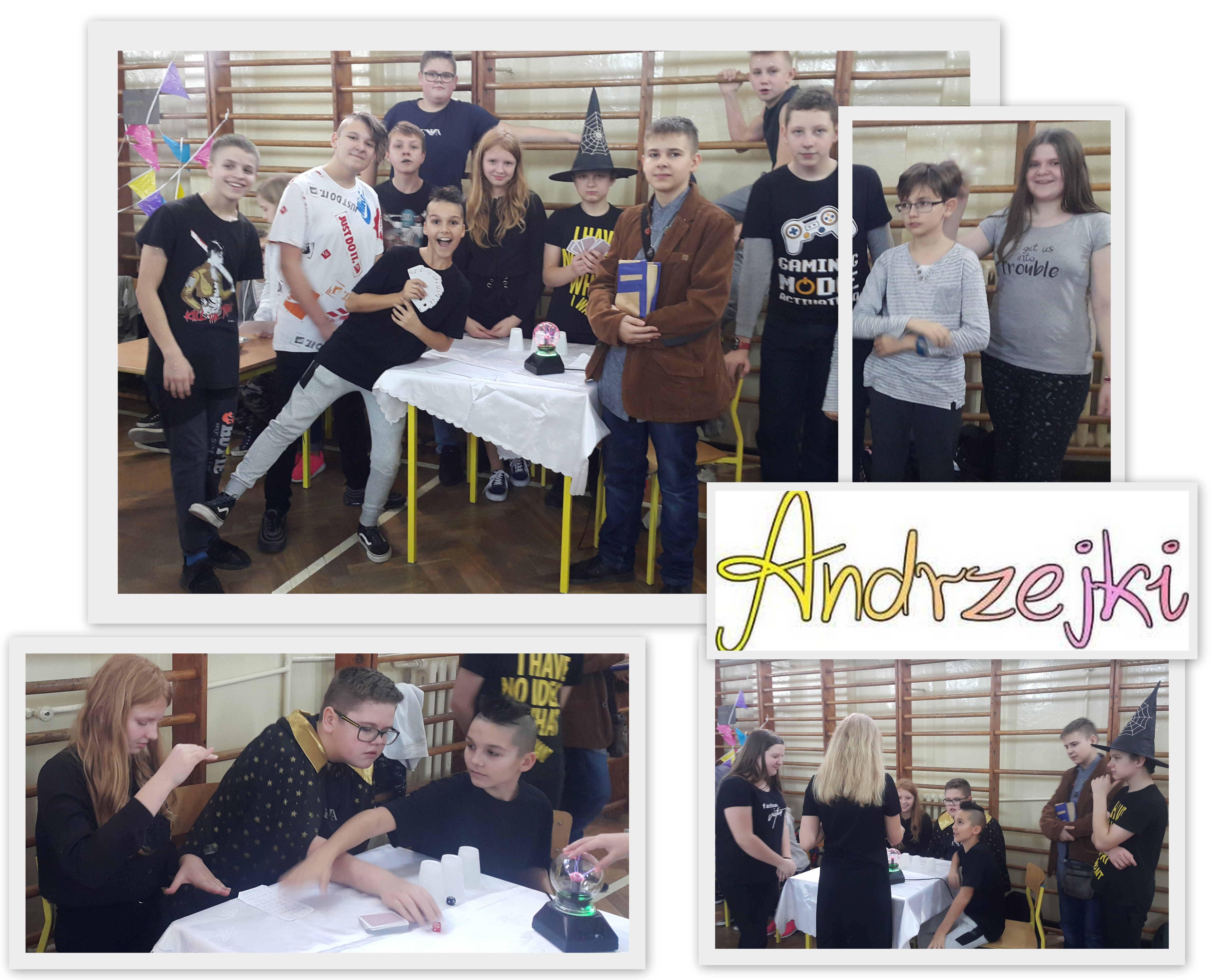 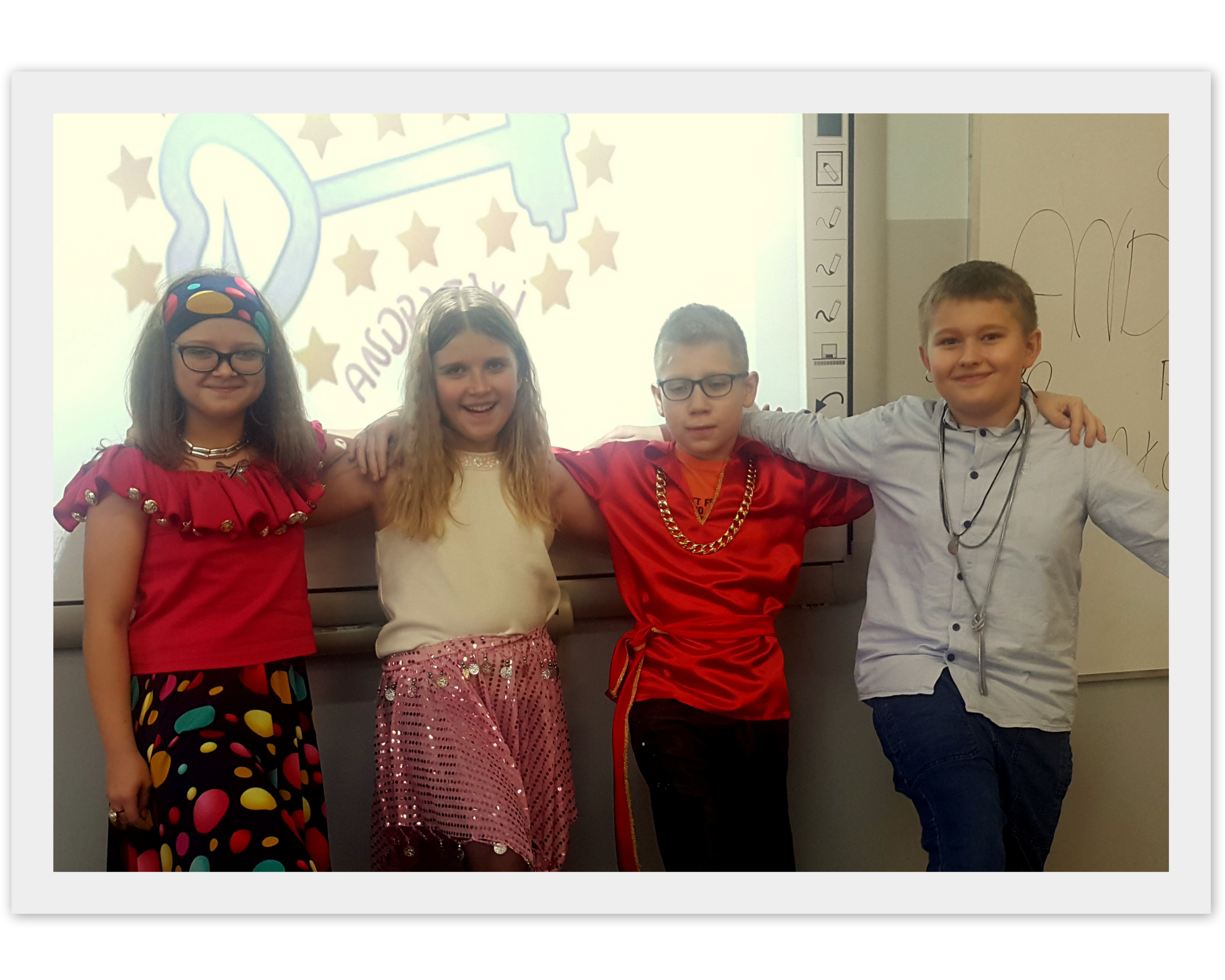 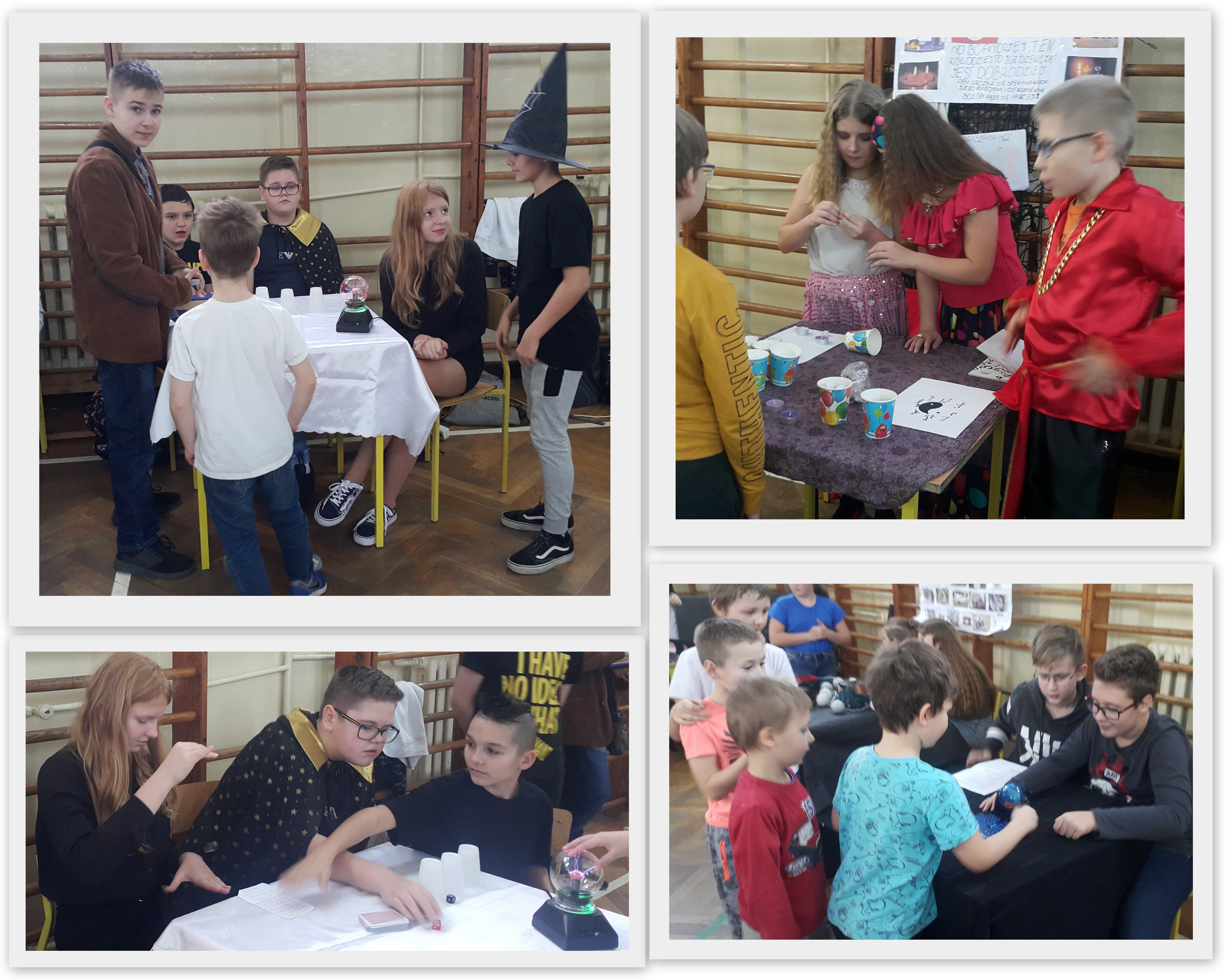 The group of students from classes 4-8 prepared fortune-telling for all students from the school. For two hours they themselves changed into ‚divination masters’. We have predicted our profession, travels awaiting for us or the name of the chosen one, where in the world we will meet a chosen girl’s heart. We have come to know a further and closer future. There were runes of runes, using dice and playing cards. We were looking something under the cups. There was a disco too. Everyone had a great time. We hope that all good fortune-telling will come true. In the pictures, the snapshots from this event.

Saint Patrick’s Day is a cultural and religious celebration that happens annually on 17 March to mark the death date of the patron saint of Ireland, Saint Patrick. It is also a public holiday in Ireland. The colour green, pots of gold, shamrock, and leprechaun are often associated with the celebration.

Most people, whether they are Irish or not, wear green on this day. One of the Irish traditions is to pinch anyone who is not wearing green on St. Patrick’s Day.

The shamrock is worn as a badge. Three is Ireland’s magic number and the three leaves that make up the shamrock are supposed to bring good luck. They also represent the Holy Trinity in the Christian religion.

The leprechaun is a small Irish fairy who dresses like a shoemaker. Leprechaun is an unfriendly little man who lives alone in the forest, spending time making shoes and guarding their gold treasures. If you catch a leprechaun, he’ll be forced to tell you where he hides his pots of gold.

There are photos of our celebrations 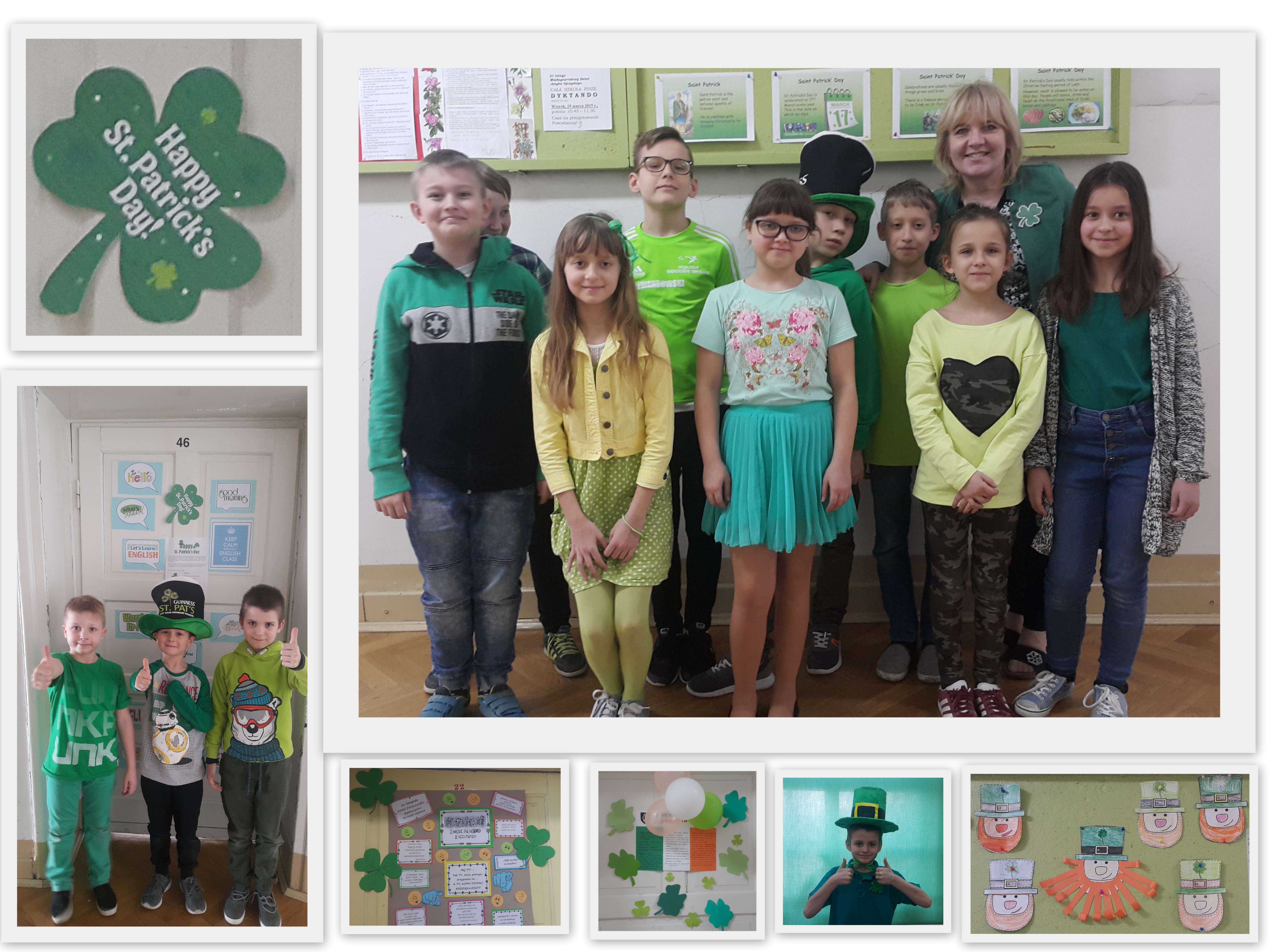 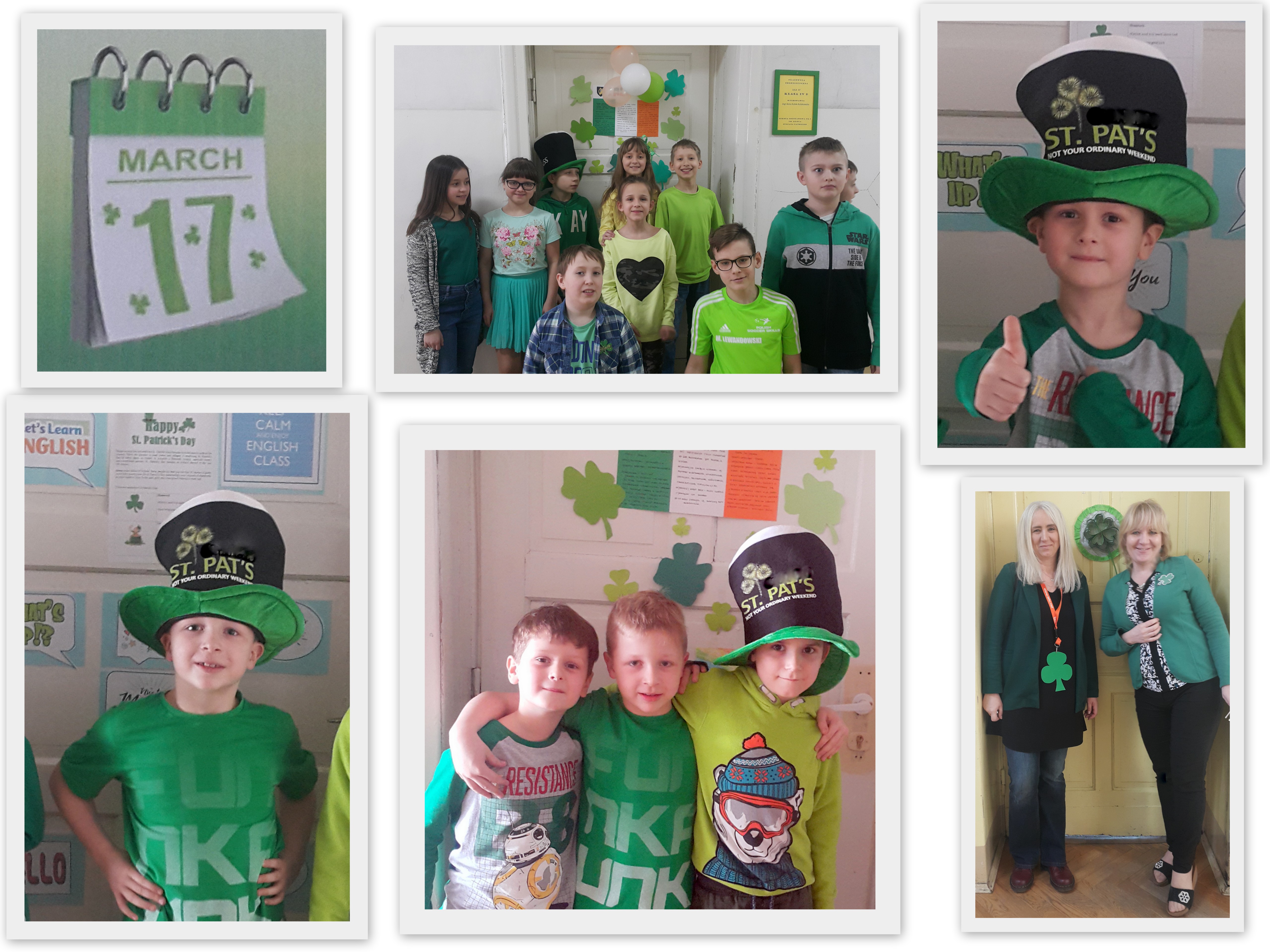 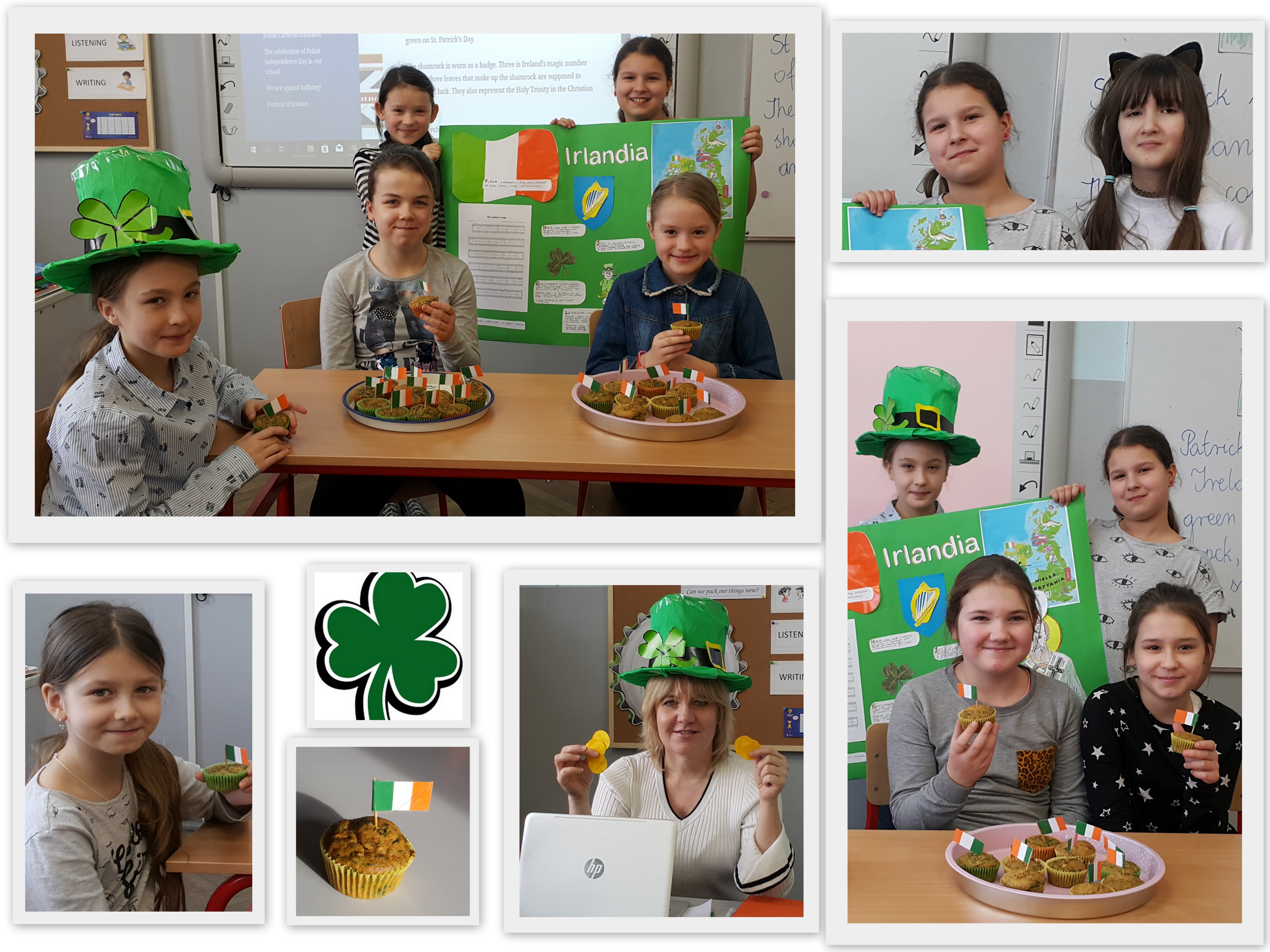 Karolina, your cupcakes were yummy! 🙂

The Rio de Janeiro or the Venice Carnival celebrations are well known around the world. What about Polish Carnival?

Carnival, known as old Polish ‘zapusty’, in Poland is a time from New Year to Ash Wednesday.

During this time are held very fashionable carnival parties. Schools in Poland usually organise special dress-up parties for their students. Children dress up as their favourite characters from fairy tales or favourite heroes.

In the last week of the carnival – known as ‘ostatki’ – we eat delicious ‘faworki’ and ‘pączki’.At the Fat Thursday on the Polish tables cannot miss the delicious doughnuts.

In our school also took place carnival fun. Children played in the rhythm of disco music. They dressed up as favourite characters and had great fun. 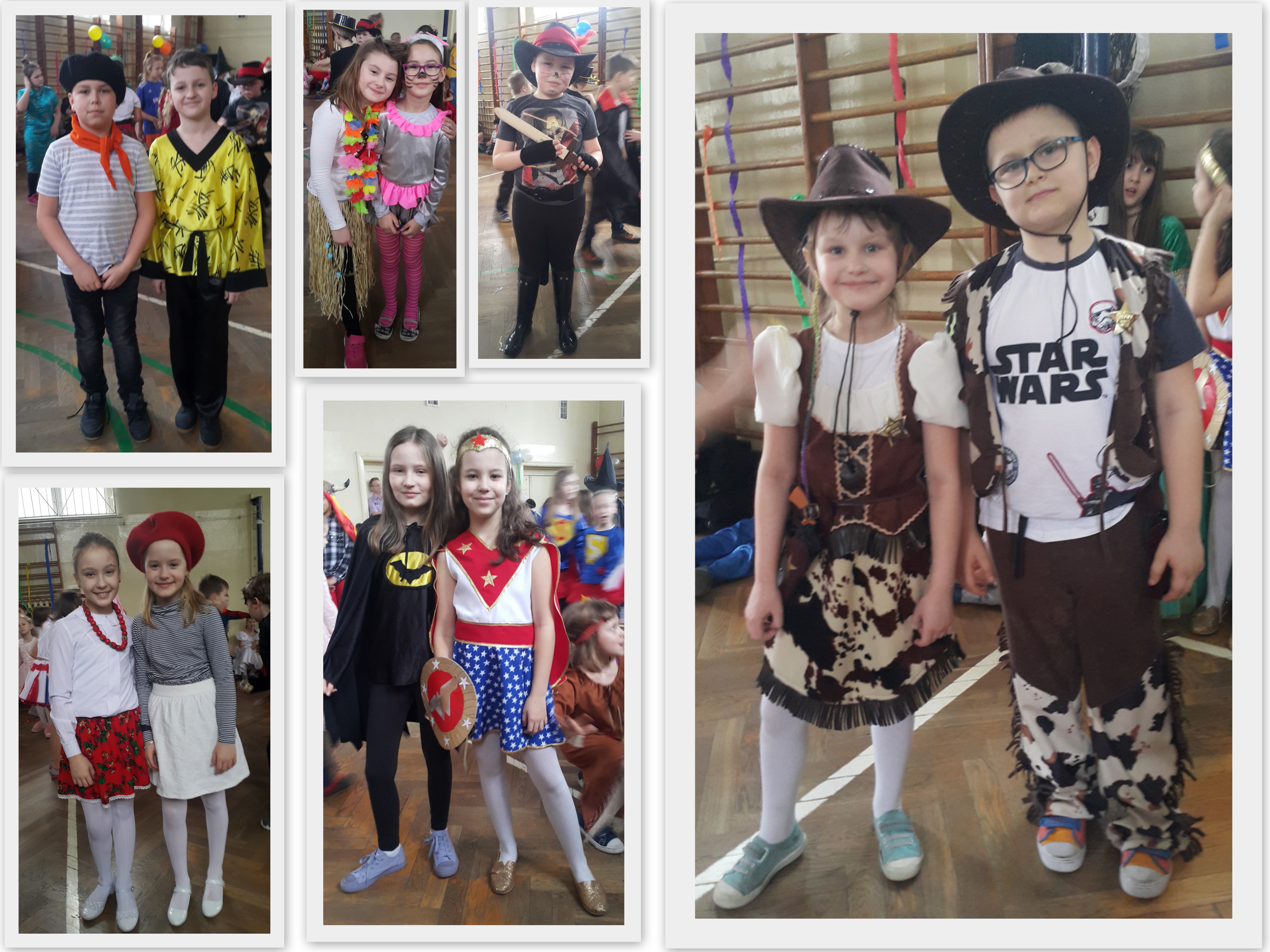 Poland celebrates Independence Day on November 11. This year marks the centenary of regaining independence after more than 120 years of foreign rule.
Our school prepared an artistic programme consisting of poetry, music and visual footage presenting Polish history.
Today at exactly 11:11 am, students from our school have sung the national anthem to celebrate independence centennial. 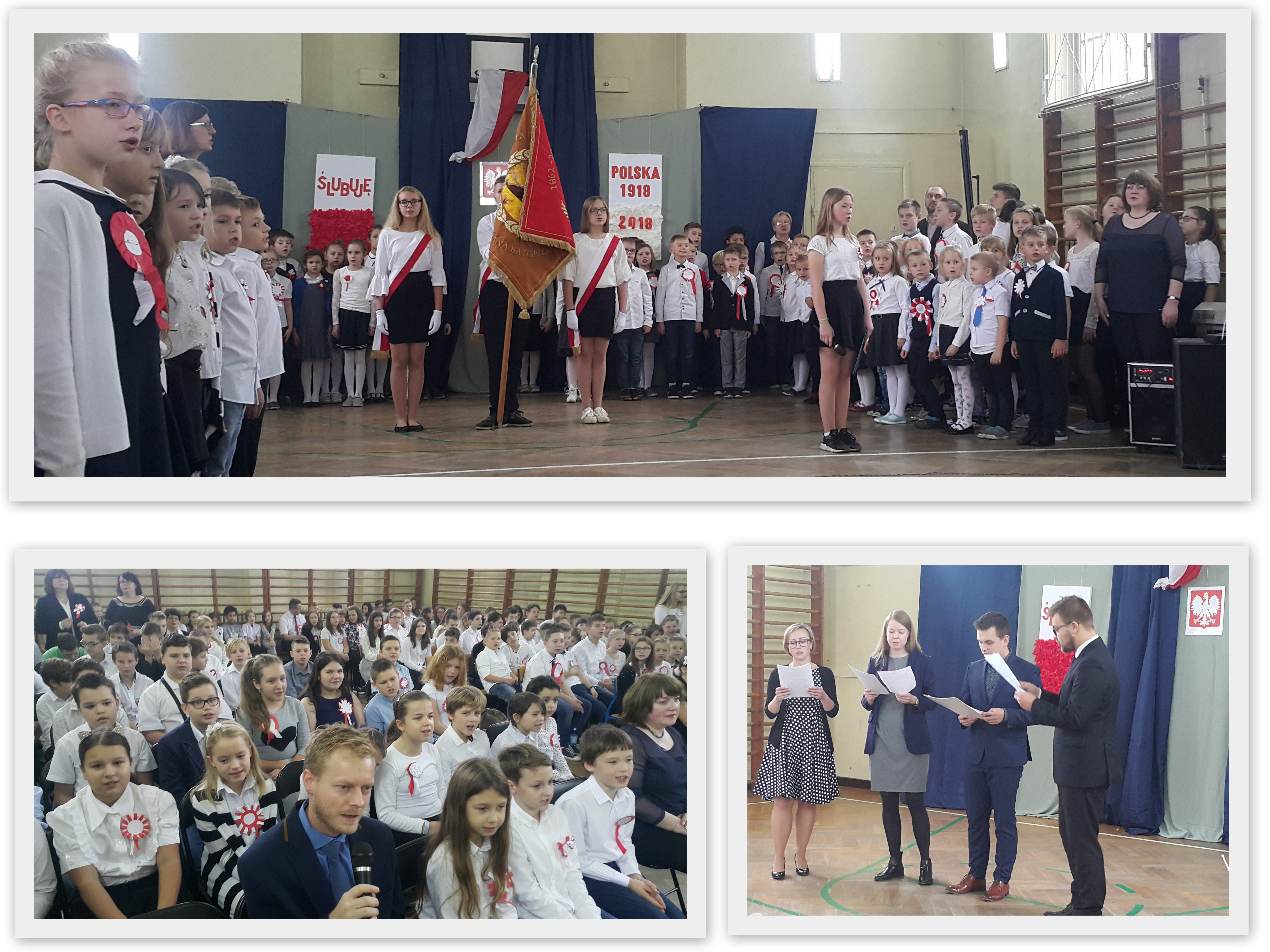 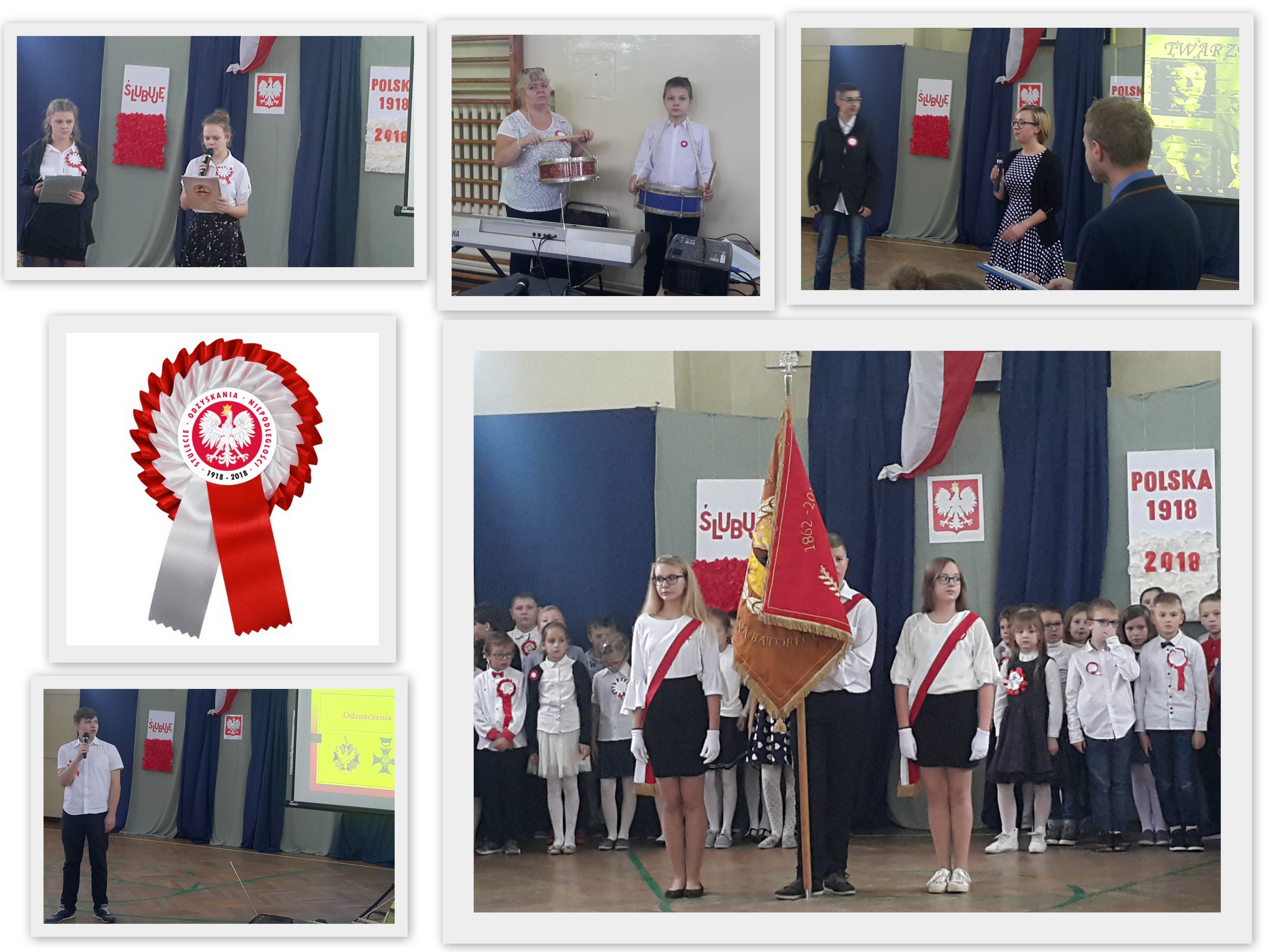 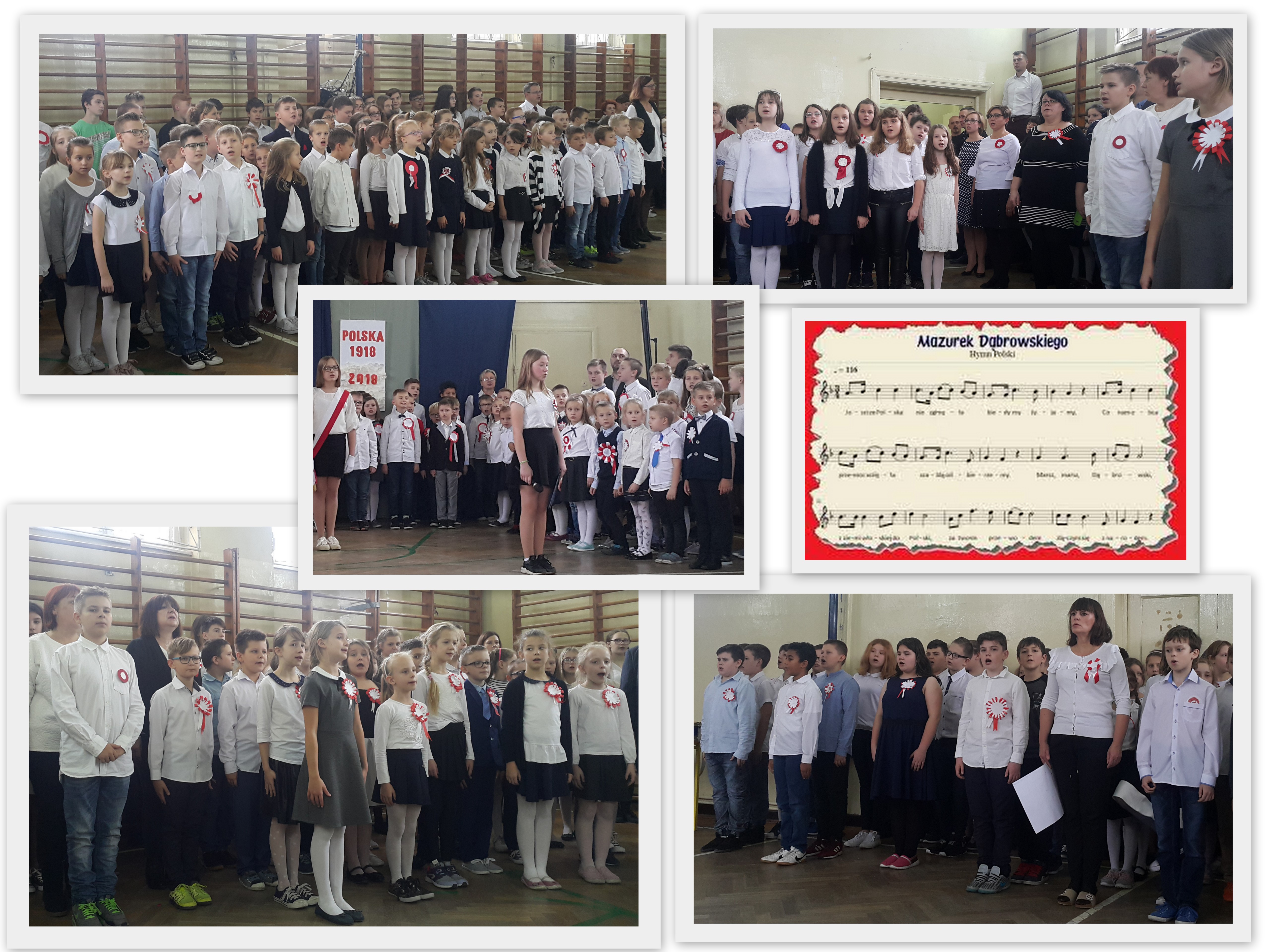 Our students and teachers stand together against bullying! They are joining together and taking action to create safe school, free from bullying and intolerance.

Our project has inspired students to develop and share ways to resist bullying and promote an atmosphere of acceptance and inclusion.

Remember! Be a good friend, be polite, show respect and work together!